From your cousin to your friends to articles in magazines, everyone seems to have an opinion on how long a courtship should be and how old two people should be before they tie the knot. But what does science say is the sweet spot for marriage?

How Old Should You Be?

He concluded that the late 20s and early 30s are just right – specifically, ages 28-32 have the highest chance for marital success. For each year after 32, the chance of divorce goes up 5 percent, according to his analysis. This proved true regardless of race, education level, sex, religious background, and other demographic features. 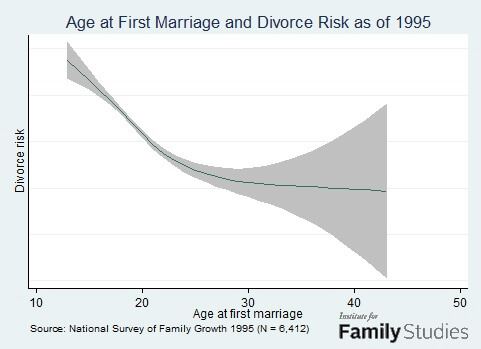 “This is a marked departure from the way things used to be when the relationship was relatively linear: the older you are when you first marry, the lower the odds of divorce. Period,” said Nick.

Read more about this pattern in his article, “Want to Avoid Divorce? Wait to Get Married, But Not Too Long.”

How Long Should You Date?

According to a blog on eHarmony, “The Science of Love,” there aren’t a lot of studies on how the length of courtship relates to the success of a marriage. However, Ted Huston, a leading researcher on transitions in relationships, marriage, and parenthood, followed couples for 13 years starting in 1979 to learn about dating and marriage.

He found that couples who still said they were “happily married” by the end of the study dated for approximately 25 months before getting married. On average, according to eHarmony, today’s couples are waiting 2.8 years, or 32 months, to tie the knot.

Despite the studies, my experience has shown there is no perfect age or time together that guarantees marital success. I’ve seen couples that have known each other for a just few months outlast couples that dated for years before walking down the aisle. I’ve also seen many younger couples and older couples outlast those who get married in the “prime” age range. No matter the age or length of the courtship of a couple, each marriage brings challenges that will supersede those statistics.

If you do find yourself facing a failed marriage, contact an attorney to learn your next steps. If you are ready to make a commitment to someone, also contact a lawyer to prepare a prenup and estate planning while you’re still blissfully in love.